I had thought of blog­ging this, but many things came on, and I had just lost the mood to do so.

If you had read the pre­vi­ous few entries, you would read that prob­lem had start­ed after Har­ry and me got togeth­er in a posi­tion that we should have nev­er imag­ine any of us to be, even as buddies.

That day, before us part­ing, we were at this restau­rant, and were com­ment­ing on how the Ital­ian food there could have tast­ed bet­ter. I was­n’t sure why, but I had sug­gest­ed that I cook and let Har­ry and David try if my cook­ing were bet­ter. Of course, things did not went as we planned, as Har­ry had ignored me for the weekend.

I had tried to put the things behind, and tried to con­cen­trate with the cook­ing. I had failed. 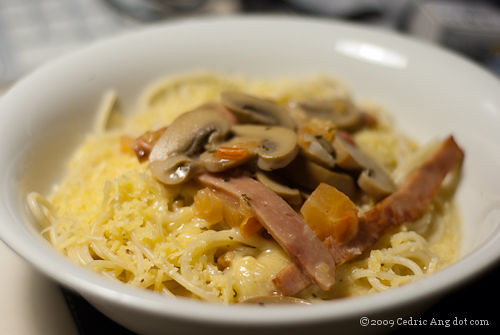 Pre­sen­ta­tion wise, I guess it was okay. Besides the set back, David who I had brought to my house said that it was nor­mal. It would be nicer if the spaghet­ti was a lit­tle soft­er. I guess.

David stayed over at my place because he had want­ed to use the com­put­er. He want­ed to search for a part time job for the school hol­i­days, and I thought I could use the com­pa­ny. Time to time, we would have small talks, and time to time, Har­ry would be men­tioned. David told me that some­times it is best to let things go away, what isn’t yours even­tu­al­ly will not be yours no mat­ter how tight you grab it. I wish I could, but I just can’t

Even that short moment of time that I had with Har­ry had already giv­en me such impact, now it is almost unimag­in­ably hard for me to let go of the boy, for that peri­od much more longer.

Over the few days, I kept on think­ing of Harry.

I end­ed up cook­ing the same thing again. 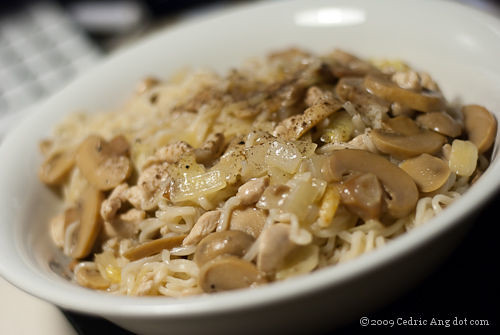 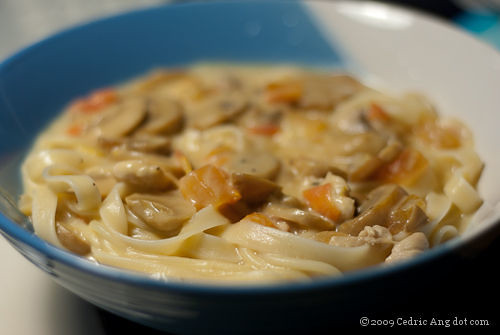 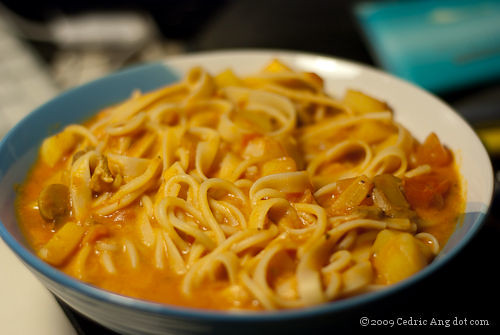 I have final­ly ran out of crème, and spaghet­ti. I am not too sure if I will go back and get more, but I guess, I will let my tum­my rest for the time being.