That was my first impres­sion when Ron­ny told me that I could not have oral sex.

It was half invi­ta­tion by the organ­is­er, and half intim­i­da­tion by myself. I have always want­ed to get back the tongue peirc­ing ever since the last time I lost the first one.

Per­haps it was also par­tial­ly because Lester had told me last time that he want­ed to be kissed by some­one with a tongue peirc­ing. From the way he said it, it was as though he had want­ed me to get one.

They said, tongue stud gives extra plea­sure to the male organs, some say even french kiss­ing some­one with the tongue stud brings the per­son to a new high. I could only imagine. 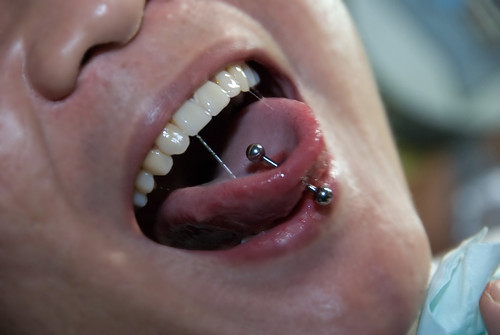 To those that think I give a fuck
Of fuck buddies, and sex